Once Loula’s bustier was finished, it was finally time to start working on The Dress!

I took Loula’s mockup apart and used the muslin as underlining.  I’ve written a few posts on underlining so, even though it is one of my favorite techniques, I won’t write about it much in this post.  I know you want to SEE THE DRESS!  At this stage in the process, it is easy for all of us to want to race to the end.  Yet, this is when the most happens in the sewing room.  All the work we’ve done so far has finally led us to the part where we really have to be precise and skillful.  Patience is a virtue when it comes to dressmaking!

Alyssa and I pinned the corrected muslin pieces carefully to the back side of the “silver swirl” fabric, cut the pieces out, and underlined them.  Then, I was able to machine stitch the seams together and pin the dress pieces onto the dressform (that was wearing the bustier).  The waist seam would be sewn together later (when the pleated trim is applied) and the horsehair hem was just basted, but it was easy to see that this dress was going to look fantastic.

I usually don’t send “in process” pics to the bride (for fear she won’t be able to see the big picture), but I just had to send some shots to my friend Loula. 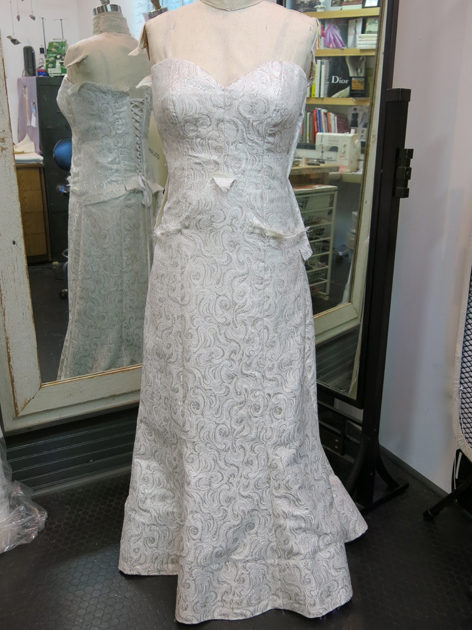 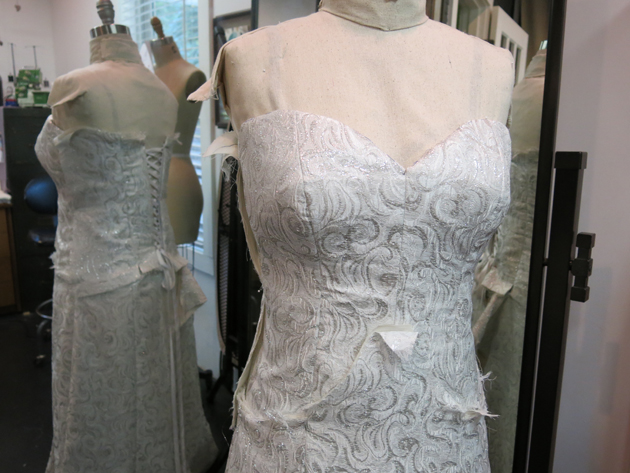 She loved it!  We were both a little afraid that the Silver Swirl fabric would look cheap or “too much”, yet seeing it finally in the form of the dress, we were both pleasantly surprised.

Look at how cool the corset lacing looks with the handmade ribbon in place! 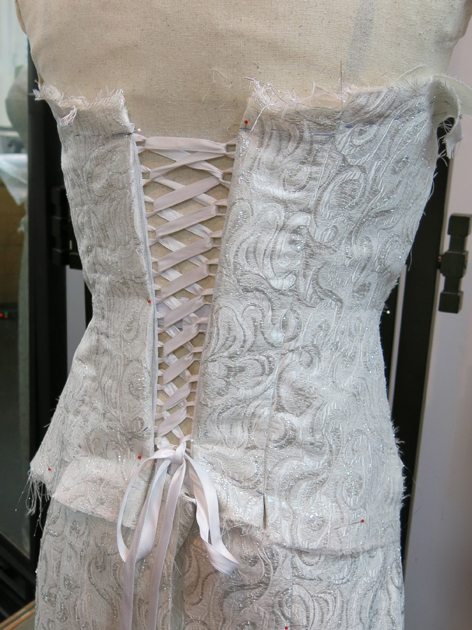 Next I started draping on the blue tulle… 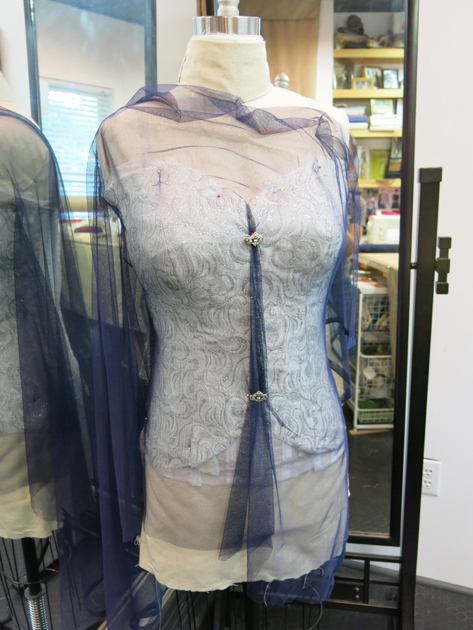 It looked cool, but something kept telling me that it wasn’t working.  Seeing Loula’s dress with the blue layer on top did not give me the same “wow” factor as without it.  Had we made a mistake?

I then tested some different options for the trim.  Would the pleats also be covered with blue?  Or would white be better?  To go with the white lacing?  Or silver swirl?  I cut some of the ball-chain to give a sense of what it will look like as fringe at the hip line. 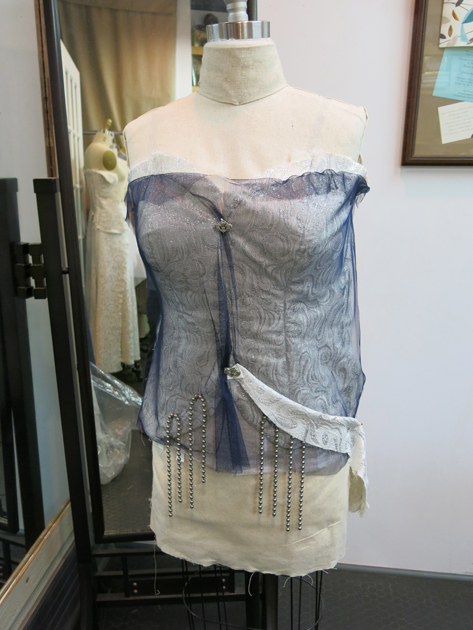 Perhaps the influence of being a former high school cheerleader somehow made the blue and the white together seem a bit too “school colors” to me.  Was there something else that would work better?  What if we got rid of the blue and chose a white overlay?  And maybe a different color fabric for the pleats?

I went through my fabric stash and pulled out a small piece of pewter dupioni (left over from a top I made for myself to wear to Leah’s wedding.)  With a little imagination, you can see the different directions that the different fabric combinations take the dress.  I very quickly mocked-up a blue/silver version and a white/pewter version side by side and sent the pic to Loula to see what she thought. 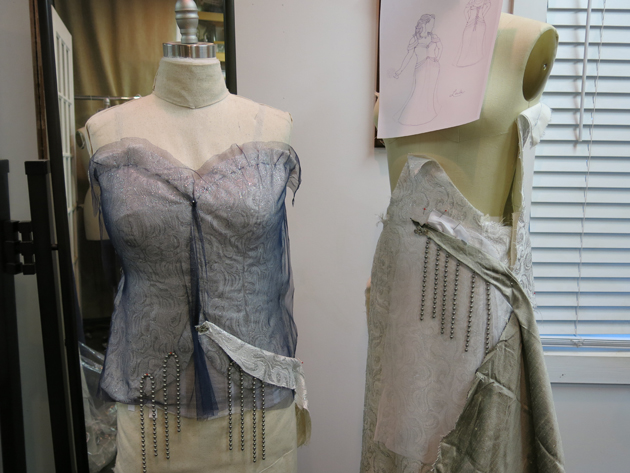 Hmmm…  Maybe the blue is really cool?  Or is the white better?  We could always use the blue as petticoats… 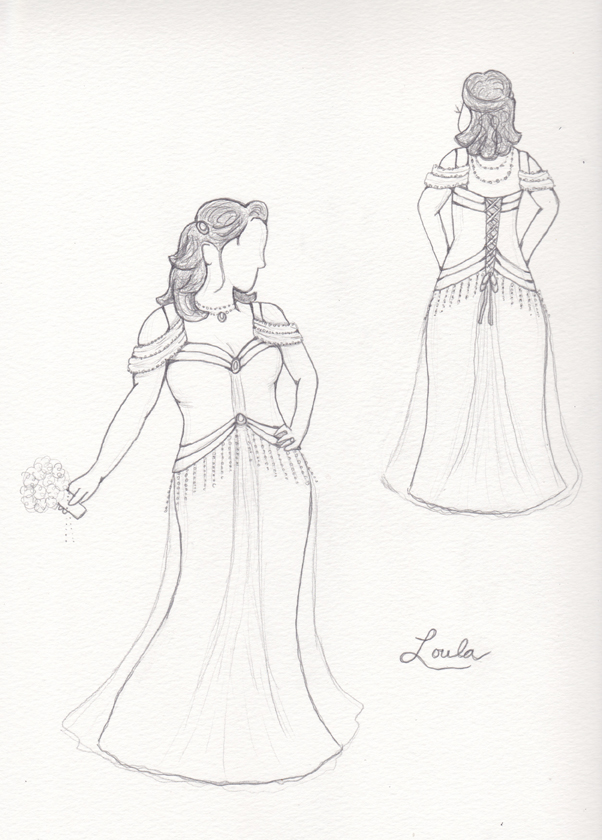 What do you think?  Would you rather see this dress finished with blue overlay or white overlay?  Which do you think Loula chose?  Is it too hard to imagine, at this point, what either will actually look like?

Next post: The dress is crafted and prepped for our final fitting!