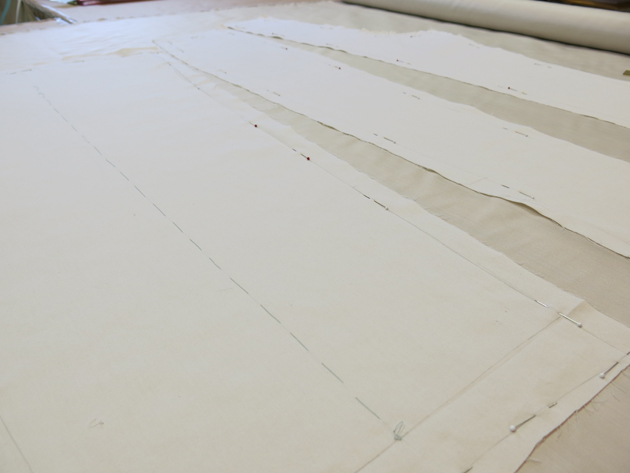 Once we were finished with all of the work on the mockup versions of Diane’s bridal ensemble, it was time to start prepping the real fabric for constructing the real garment!  I started with the pants and vest.

The fabric we chose for Diane’s pants and vest was a beautiful Carolina Herrera silk faille.  Faille has a rib to it that was on the cross-grain of our fabric.  Though garments are usually cut on the straight of grain, in order to take into account the beautiful lines of the fabric, I made an exception.

When cutting this particular fabric on the cross grain, I was able to make the lines or ribs of the fabric go up and down on Diane’s body which was both flattering and slimming.

For Diane’s ensemble, I was able to use her mockup as underlining.  I took apart the mockup that she tried on in her last fitting and marked the changes onto its pieces.  Then I laid and pinned the pieces carefully onto the back of the silk faille, and cut around them. 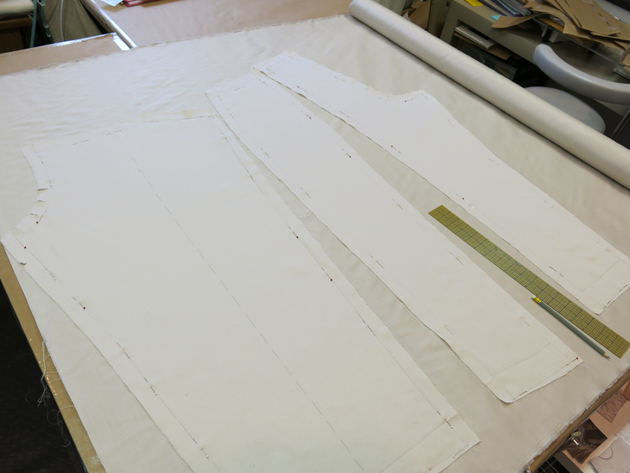 I wrote a post on underlining a couple of years ago and its been really popular.  I had hoped to write a new and more detailed post on how I used underlining in Diane’s ensemble, but as I sat down to write it, I realized that I really didn’t have any photos of that part of the process.  Oops!  I guess those are the breaks for writing the blog long after the wedding…

In order to underline, I cut all the pieces out and then I carefully hand basted just outside of the stitching line, on every stitching line, before constructing any of the seams.  This step takes a while, but it is so worth it.  Underlining gives stability and weight to the fashion fabric, as well as gives you a place to hide stitches.  You also may have noticed, that I didn’t have to mark the fashion fabric when cutting.  I just used the original lines from the corrected mockup.

When I started cutting and prepping to underline the vest, I took into account the ribs of the faille in a different way.  I used the direction to create interest.  So the little triangles at Diane’s waist were cut horizontally even though the rest of the body of the vest was cut vertically.  The trim was cut at flattering angles.  The lines on the lapels were angled to point up to Diane’s beautiful face. 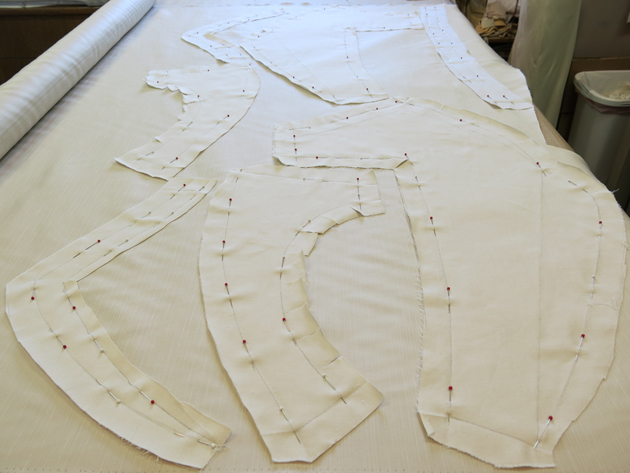 Here’s a shot of the vest from the inside: (you can maybe see some of the little underlining stitches if you look really closely) 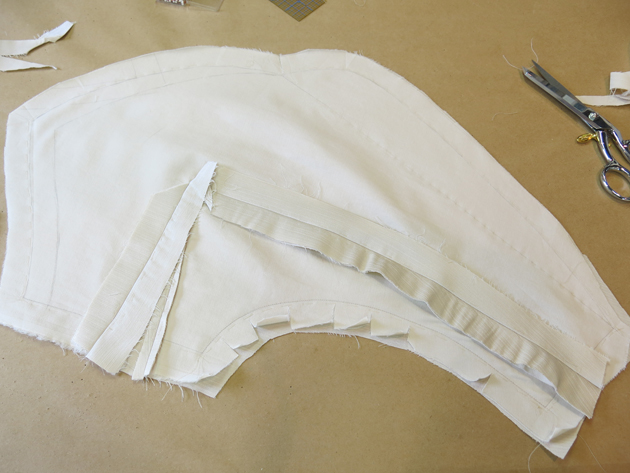 Vest from the outside: 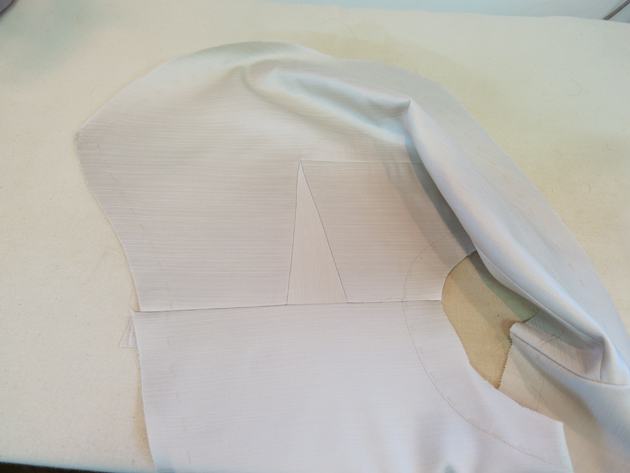 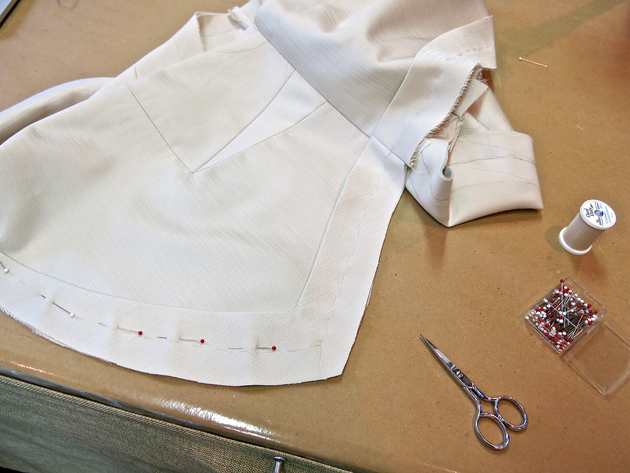 Hopefully in these photos you can see how you can use the grain and features of the fabric as part of your design.  The subtle differences in how something is laid onto the fabric for cutting can really make an interesting impact in the final garment!

Next post:  I’ll show the construction of Diane’s shirt including buttons and button holes!

Also:  Earlybird Registration is now open until August 29 (one more week!) for the Fall 2014 session of my new eCourse Skirt Skills which begins one month from today!  Skirt Skills is a 5 week introductory course that teaches the basic foundations for designing, patterning, fitting, and finishing custom garments.  Head over to www.SkirtSkills.com for lots more information (including the newly added Supplies list and Video) and to snag your spot saving $50!